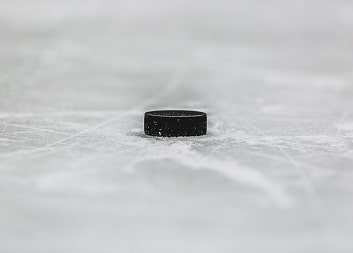 Hockey matches almost always turn out to be very rich in chances and goals, so they often become a subject for bets. However, in addition to the standard options, it is proposed to pay attention to the last puck, as well as the time at which it will be sent to the goal.

As a rule, it is this goal scored that becomes the key one, so the teams try to keep it behind them. In addition, it is very important that, depending on a particular game situation, there are patterns that should be taken into account when choosing these rates. What you need to pay attention to in order to correctly predict the team that scored the last puck and its time.

Who will score the last goal?

The last puck very often becomes the key one, in fact, it determines the name of the winner of the fight. Hockey is a very dynamic game, so matches rarely happen when the “No goals” bet is successful. However, it is for this option that the highest coefficient is always offered. It is almost impossible to predict such a match, since too many factors must coincide at the same time: perfect play of goalkeepers, bad luck of the attackers, confident actions of the defensive line, minimum playing time in unequal compositions. There is practically no point in betting on such an event in advance, a high coefficient is not worth the unjustified risk.

In a situation where the favorite is playing against an outsider, it can be quite easy to make such a bet. Moreover, both in advance and in live format, already during the fight. First, you need to evaluate the potential strength of the outsider's offensive line. For example, if a stronger team plays very well in defense and blocks a large number of pucks, we can safely assume that the weaker team will not score. In this case, it is logical that the last puck will be in the asset of the favorite.

If the outsider plays open hockey, and the favorite doesn't pay much attention to defense. Here the situation can be divided into two possible scenarios at once. In the first, the stronger team leads one or two goals, but at the same time does not allow the opponent to close the gap. He uses the last possible option and removes the goalkeeper. However, as a rule, strong teams have high-level performers in their composition, who can easily send the puck into the opponent's empty net even from their own zone. In the overwhelming majority of cases, the favorite scores a goal, which becomes the last one in the fight.

If the favorite quickly secured a comfortable advantage for himself, then you should definitely think about choosing an outsider as the author of the last goal. The fact is that a stronger team very rarely turns on the “killer mode”, more often it tries to conserve strength and energy for the next fights. In addition, pride can leap out of an outsider, because you really want to please your fans.

The only serious obstacle can be a goalkeeper who wants to concede fewer pucks, but this rarely helps. Usually an outsider scores one or more prestige goals before the end of the match.

Time of the last goal

As for the time of the last goal, the bookmaker offers a choice of three possible scenarios. “1-50 minutes – yes”, “1-50 minutes – no”, “No goals”. The last option can be safely swept aside again, because, as mentioned earlier, hockey is too dynamic, so the percentage of fights without pucks is negligible.

The bet option “1-50 minutes – yes” is less likely in any match. It is worth considering in several cases. Firstly, such a rate is quite common in matches of strong teams with strong defense. The favorite often uses confident defensive actions in order to quickly create a comfortable 2-3-goal handicap for himself and confidently bring things to his victory. Then, the last minutes take place in the attacks of an outsider who lacks the skill to break through the experienced and well-coordinated defense of the opponent. A stronger team does not seek to finish off its rival in order to prevent injuries to its players, as well as not to get tired once again.

If the opponents are equal, you can also flirt with this option, it is very passable. The fact is that now both the KHL and the NHL have a two-point system. A victory in overtime, as well as in shootouts, brings exactly two points – the same as in regulation time. Therefore, if by the middle of the match the equality remains, the teams very often prefer to close on the defensive, calmly bring the matter to extra time.

Option “1-50, no”, can be played, provided that the teams have a difference in level and class, but not too much. Then, as a rule, the teams approach the final part of the match with a lag of 1-2 goals. Then you can safely rely on a goal scored in the last ten minutes. Sometimes it pays off when the team removes the goalkeeper, sometimes the puck hits an already empty net, but the chance of a goal being scored in such a situation increases significantly.

It is also worth trying to bet on this outcome in the event that teams are often removed throughout the fight. In such a situation, the risk of a hammered puck is increased, since the game in unequal compositions entails constant control in the minority zone, a large number of dangerous moments. And in the end, the nerves are heated to the limit, so the situation of the majority often develops into 5×3.

The last goal scored in a match can be important not only for teams, but also for users making interactive bets. To determine the team that will score the last goal, as well as its time, you should pay attention to several criteria:

The set of signs will suggest the right option for a win-win bet.