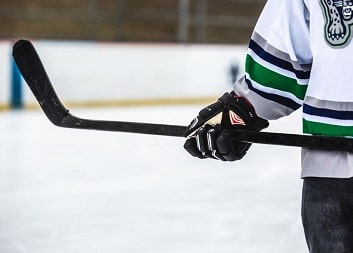 A sufficient number of matches have already been played in the current season to draw intermediate conclusions. So, the minimum number of matches for the teams is 15, the maximum – 19. During this period, a number of interesting tendencies have formed that can be used in betting. Let's talk about them in this article.

CSKA is the strongest again

The Moscow army team at least did not become weaker in the offseason, and this can be clearly seen in the game and results. The team is confidently leading in its conference. As in the previous season, CSKA concedes very little – about 1.35 goals per game. At the same time, there is complete order in the attack, practically the best indicator in the league.

Due to the huge difference between goals scored and goals conceded in matches with the participation of the Moscow army, it is very profitable to make the following bets:

It is also worth paying attention to the table of away matches of the army team: 8 wins in 9 matches and not a single defeat in regulation time in 9 games is absolutely the best indicator in the KHL. Therefore, it is profitable to place bets on the victory of CSKA in away matches.

The above teams have the highest average total goals per match. Dynamo and Ak Bars have 5.4, Jokerit has 5.3.

Especially in this nomination, I would like to highlight Dynamo Minsk, which stands out in this indicator almost in every season. Only in the 2019/2020 season, it also has a lot to start. That is why in the matches of Minskers it is profitable to bet on their individual total more, on the total TB in matches with opponents who also play open hockey. In the matches between Ak Bars and Jokerit, it is beneficial to bet on TB 5 or even 5.5 in matches with teams that have defensive problems and are also capable of scoring.

The lowest teams in the league

On the opposite side of the corresponding table of average totals for the match are Khabarovsk Amur and Barys, which represent the Eastern Conference. Cupid plays a very closed, viscous and defensive hockey, in such a game there can rarely be many goals scored. In Amur's matches, on average, there are 3.4 goals in the goals of the playing teams.

Barys's situation is somewhat different. In the offseason, the team acquired an excellent goalkeeper, and has also been working for several seasons under the supervision of one coach, who calmly puts the team on the game, as a result of which the squad added a lot when playing on the defensive. The team also scores not very much, but provided that over and above a reliable defense, even 2-3 goals are often enough to win. Barys' average total matches at the moment is only 3.7 goals per game. The team concedes the least in the league – 22 goals. The optimal bets on matches with the participation of Kazakhstanis are TM 4.0, the individual total of Barys's rivals is less. The probability of such outcomes is especially high in matches with grass-roots rivals: Amur, Siberia, Traktor, Admiral, Nefitekhimik, Vityaz.

The aforementioned teams very successfully oppose their rivals on their own ice. The teams take about 80% of the points on their site, which is an excellent result. These statistics can be used when betting on clear wins or handicap wins of these teams in home matches.

So, the residents of Riga did not score a single point in 8 away matches of the current season of the KHL. At the same time, the difference between the washers is simply monstrous: 7-40.

The offseason did not bode well, the team played several opening matches of the season well, after which it cut off: Dynamo had a black streak of 8 defeats in a row, and away the team had not won a single victory at all. Moreover, the team often loses big or even devastatingly on foreign grounds. Therefore, it is possible to check the victories with a minus handicap of the rivals of Riga Dynamo in away matches for him.

Another problem of the Rigans is a very weak game in the third periods. For the first 16 periods in the current season, the team scored only 5 points: + 1 = 3-12. This is by far the worst record in the league.

Taking into account the rather high odds for winning in the period, bets on the victory of the rivals of Riga Dynamo in the matches with him in the 3rd period look advantageous.

So far, these teams are scoring in every match. It is not surprising: CSKA and Ak Bars are leading in their conferences, and Vityaz removes scalp after scalp, being one of the discoveries of the season.

Let's see how long these series will last for the aforementioned groups.

The roughest and softest teams in the league

The Chinese team is the league's most foul squad. On average, Kunlun scores 15.3 penalty minutes. This is a lot – almost 8 minor penalties per game.

Lokomotiv, on the other hand, is the most correct team in the KHL. In 16 matches, just 100 minutes is about 6.25 minutes of penalty per game, or just over 3 two-minute penalties.

These features of teams are beneficial to use when betting on hockey statistics – penalty minutes.

We also remind you that on our website you can always find predictions for the most interesting KHL matches and a lot of basic advice on betting on this and other hockey leagues.